Praiwan Seesukha, a Thai migrant worker in his late 20s, died in Kfar Vitkin in Israel

On May 22, 2013, Praiwan Seesukha, a Thai migrant worker in his late 20s, died in Kfar Vitkin in Israel. The body was taken to an autopsy the same week.

In 2013, a reported 13 migrant agricultural workers from Thailand have died due to a cardiac arrest phenomenon which is similar to Sudden Infant Death Syndrome (SIDS). This phenomenon, called Lai-Tai or Brogda Syndrome, is known in East Asia, and especially Northern Thailand, where most Thai migrant workers in Israel come from.
One of the risk factors known about Lai-Tai is mental and physical stress. Praiwan’s friends and co-workers presented to Kav LaOved the form reporting his working hours: 18 hours a day, 7 days a week. 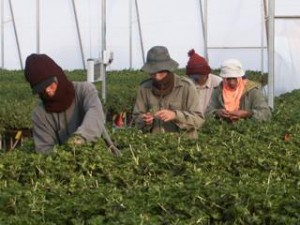