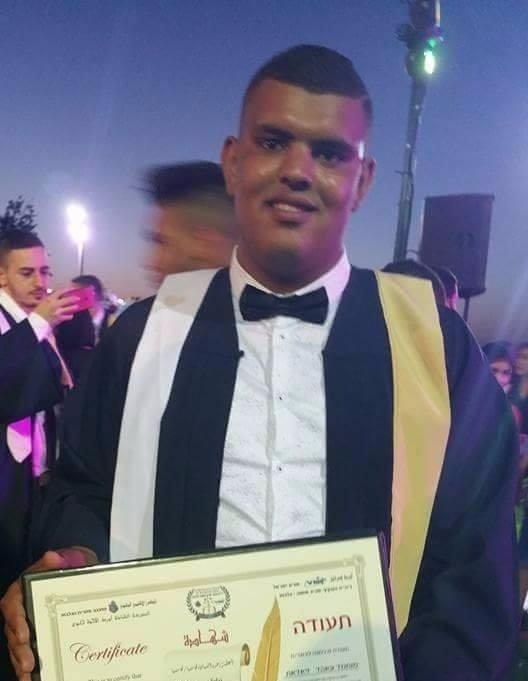 This week closed with the death of the 21st worker killed this year in work accidents in the construction sector.

This week closed with the death of the 21st worker killed this year in work accidents in the construction sector.

Muhammad Ahed Ziadat, only 19 years old from the northern village of Muqeible, lost his life on Friday morning – on the worksite of the new Gilboa power station, a Ministry of Energy project, built by a partnership between the companies “Electra Construction” and “Solel Boneh”.

Ziadat worked at the bottom of a huge shaft with 10 of his colleagues, when a concrete boiler fell on top of them from 50 meters above them, which likely disconnected due to a failure in the crane’s lift cable.

Ziadat is the third worker killed on the worksite of the Gilboa power station site since 2015. The power station is a public project, built by the state, through a partnership between the companies “Electra Construction” and “Solel Boneh” – some of the leading and oldest companies in the Israeli market, and known “record holders” in terms of deadly construction accidents on their sites.

Since 2015, 7 workers were killed on sites initiated and executed by Electra.

Since 2015, 6 workers were killed on sites initiated and executed by Solel Boneh, 3 of them killed just this year.

In addition to Friday’s accident, this past week, two workers – aged 53 and 60 – fell from work-at-heights and were injured. On Tuesday (the 10th of July), a construction worker fell into a pit in Houra and was moderately injured. He was transferred to the Soroka hospital with head and chest injuries. On Wednesday (the 11th), a worker fell in a Haifa construction site from a height of three stories. His injuries were determined as severe and he suffered from systemic damage, and was transferred to Rambam hospital.

This week’s, and especially Friday’s devastating results could have been avoided had state authorities done their duty and properly enforced safety standards as well as implemented deterrence measures , as is expected from the government which is theory is working to protect the public. If construction contractors were forced to pay a heavy price in both financial and by being incarcerated for the negligence found on their sites, many workers’ lives could have been saved.

Muhammad Ziadat’s life was an innocent one, taken too early. May he rest in peace.