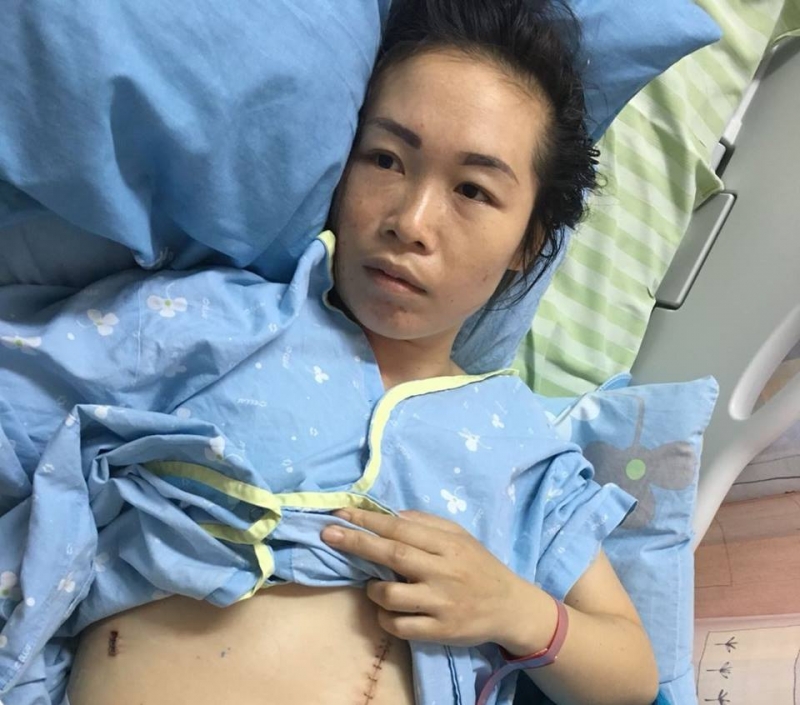 This is Janpen Sae-Jaw, a Thai worker hospitalized in Soroka, while slowly healing from the severe injury she sustained on Thursday – shrapnel penetrated her stomach and was removed in a complex surgery. Janpen worked in Talmei Eliyahu’s agricultural packaging factory in Israel near the Gaza Strip. She is still unsure whether she can return to work or not. Her concerned friends visit her, ask how she is and they speak about their anxieties, and the harsh reality they found themselves in.

They live on the farm, in poor conditions (often shipping containers or old dilapidated caravans), hidden from sight, far away from any public scrutiny or concern. They were brought to Israel because Israelis aren’t interested in the long hours of physical labor involved in agriculture under the scorching sun, and they are treated as a cheap labor and nothing more. Rarely are they considered as people.

When Janpen’s injury was covered on television, the Haaretz reporter Rogel Alpher found himself shuddering. This is how he described his impression of the coverage:
“They call her ‘a worker from Thailand’ or ‘a Thai citizen’ – no name, no face, no narrative. No story, either: how she heard a ‘boom’, how she got injured, what she remembers, what she feels – none were mentioned … It’s sad, inhuman and shameful. It’s sort of barbaric. I’m convinced even the injured dog of a Jewish family near the Gaza Strip would get better coverage in the media.”

The hours went by, Janpen’s condition stabilized and improved, and here and there, interest arose concerning her and her fate. Josh Breiner from “Haaretz” published her name and interviewed her friends, and the President of Israel, Reuven Rivlin, provided a pleasant surprise with his tweet wishing her good health. The embassy showed interest as well.

To an Haaretz article on the issue (in Hebrew).