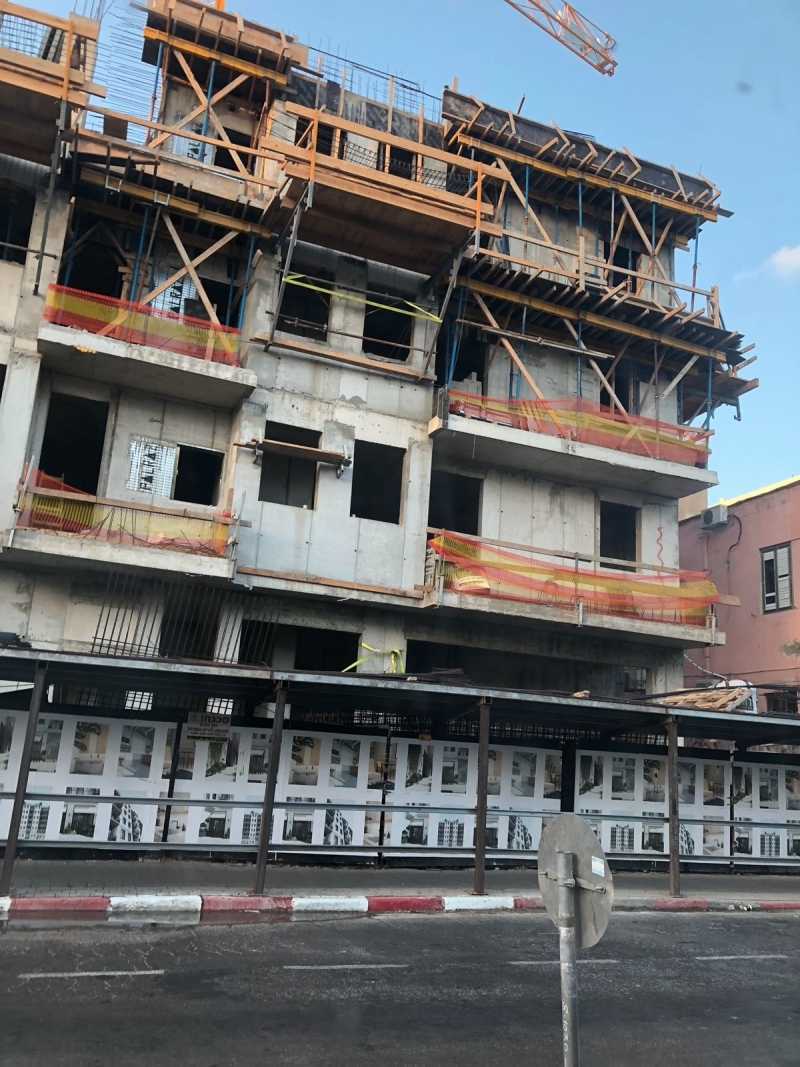 Summary: Week 32 of Work Accidents in the Construction Field for the Year of 2018

The first week of August has come to an end, during which harsh, needless accidents continued to take place in Israel’s construction sites.

On Sunday August 5, a 25 year old construction workers’ hand was severed, while he was working on a Tel Aviv construction site. Despite the debilitating impact losing a hand, his injury was defined only as “moderate”. How will this young man go on in his life without his hand? How will he rehabilitate and work? These daily accidents ruin lives that are built on hard work.

On Wednesday Aug. 8, there were three construction accidents, one of which was fatal. At 10AM, a wall collapsed at a Jerusalem construction site crushing a a 63-year-old worker. This elderly worker and was evacuated to the hospital with head and limb injuries a label of “moderately injured”. About an hour later, a sack of concrete castings fell from a crane on the head of Muhammad Mahmoud Nasser, a 65-year-old Palestinian worker from the village of Deir al-Asal, instantly killing him. Nasser was employed on the construction site on Yuval Ne’eman 11 St in Tel Aviv, on a project of which Eshkol Projects is in charge. During November 2017, another worker’s life was taken while he worked on this same project – yet clearly that was not sufficient to change the safety measures at the site. At 12:30PM, another work accident occurred on yet another Tel Aviv construction site located at Ha-Mekhuga St 13, when a truck driving in reverse knocked this bulldozer into a deep pit with its driver still inside. The 29 year old worker was severely injured and evacuated to the hospital.

On Thursday Aug. 9th, a 30 year old worker was electrocuted in Talmei Elazar. The worker was molding a fence when a concrete pump came into contact with a high power line and he was severely injured. A short while later, a 25-year-old worker fell from work-at-height on a construction site on HaRav Kahanman St in Bnei Brak. He was moderately injured and evacuated to the hospital with head and limb injuries.

The second most common cause of deadly and severe construction accidents in Israeli construction sites is due to falling of heavy objects, the cause that led to the death of Muhammad Mahmoud Nasser. Workers (and bystanders) often get hurt and die due to heavy objects falling from scaffoldings, cranes and terraces. Making sure that heavy equipment and construction supplies are moved across the site, above the heads of workers, only when properly secured as well as securing them in place effectively – is a safety measure that requires a trained professional. Adding a mandatory requirement for the presence of a skilled safety assistant, to serve as the right hand of the foreman on each and every site, would ensure these preventable accidents don’t take place. While in theory, we would like to believe Israeli government would support such a bill, one that would ensure this essential safety function is fulfilled on every single site – in reality we find that the Ministry of Labor and Social Affairs is watering down this proposition and thereby availing themselves of any significant responsibility for improving basic safety measures.