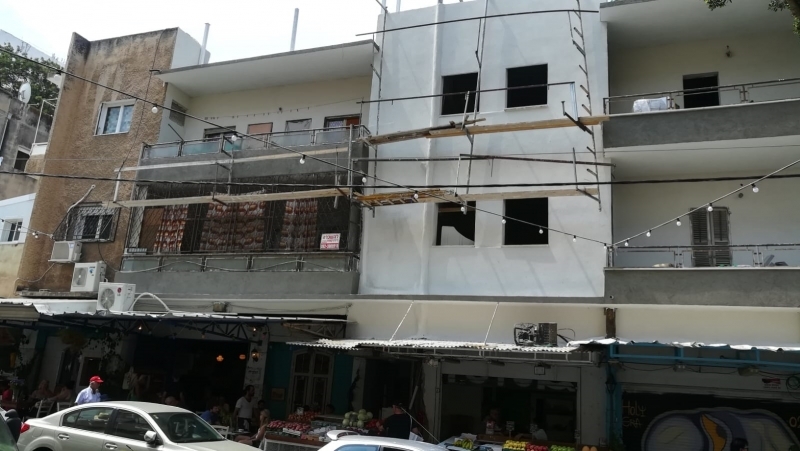 Summary: Week 31 of Work Accidents in the Construction Field for the Year of 2018

This week was characterized by a number of severe to moderate accidents in which construction workers were employed on renovations and retrofitting projects; while another two workers were injured – one was electrocuted while working near a concrete pump and another worker was injured as a result of a heavy object that fell on his head.

On Monday, the 30th of July, a staircase undergoing renovation in the city of Yehud collapsed. Two young workers, ages 25 and 30, were moderately injured and hospitalized while suffering from body-wide injuries. An hour later, on a different project in Kiryat Yam, an 18 year old worker fell from a the 7th story of a construction site and was severely injured. The site, run by the contractor S.C.C. Construction Company Ltd., had a safety order imposed against it for safety violations – and was shut down for 48 hours in order to investigate and fix the safety violations on the site.

On Wednesday, August 1, a 47-year-old worker fell from the roof of a private home in Kiryat Shmona, while working on its renovations. His remains severely injured. That same afternoon afternoon, KLO received news of another accident in Ganei Tikva – a 35-year-old worker was injured by a falling heavy object at a construction site that hit his head. Luckily, the worker was only moderately injured and was evacuated to the hospital.
On Friday, August 3, a 33-year-old construction worker was electrocuted in Ashkelon’s industrial sector. The worker grabbed a concrete pump’s cable while a crane, mounted on a truck, hit a high voltage line. The worker was evacuated to Barzilay hospital with severe injuries.

Who is responsible for the safety of workers, while they renovate homes or retrofit old buildings? The contractor in charge of the site is responsible. The tenants and project initiator, ostensibly bear no responsibility for workers’ safety once they pick a contractor. So what can be done to ensure against such safety failures? Firstly, citizens can take social responsibility and only hire those contractors with a good safety record. It’s as simple as that. Anyone can check out a contractor’s record by looking at the safety orders published in the Ministry of Labor Safety Administration website:https://goo.gl/jmCpKj And it is also possible to verify that the contractor is indeed registered in the Registrar of Contractors’ database at: https://goo.gl/dnGcJj thereby ensuring they have the requisite permissions to work on construction sites.
In addition, it is important to keep an eye out while renovations are underway: does the scaffolding look stable and safe, or cheap and rickety? Are workers using safety measures such as helmets? Are heavy objects suspended in the air and endangering both you and the workers? Being alert – and saying something when in doubt – can save lives!

As the general public it is our responsibility to demand improved safety standards! And this is the least we can do until Minister of Labor and Social Affairs, Haim Katz, uses the authority granted to him by his position to demand greater enforcement of safety standards, including imposing fines on those construction companies found cutting corners when it comes to safety standards, and making adoption of the safer European scaffolding standards mandatory for all contractors.

This project – Building Alliances for Construction Workers’ Safety is headed by Kav LaOved in partnership with WAC-MAAN and Israeli Social TV. This project is funded by the European Union.