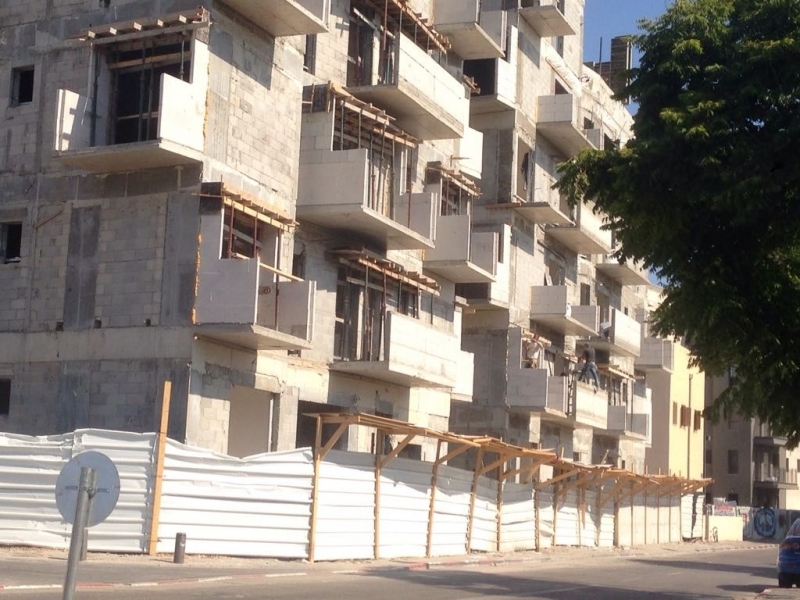 Summary: Week 29 of Work Accidents in the Construction Field for the Year of 2018

Two workers have been severely injured on construction sites run by the company “Elrawabi Trade and Investments”, and yet the Contractors Registrar remains silent.

This past week: two work accidents occurred, resulting in one worker severely injured and another moderately injured.

The first accident occurred on Monday, in Tel Aviv on Avshalom Haviv Street when a 38 year old worker fell from work-at-heights, falling 2 meters and was evacuated with moderate injuries to Ichilov hospital.

The second accident occurred on Tuesday, in Beit Shemesh, on an Elrawabi Trade and Investments Ltd project named “Nofey Ramat Beit Shemesh (the Views of Beit Shemesh Heights)”. The worker fell from a height of 5 meters, was severely injured and evacuated to Hadassah Ein Kerem hospital with severe injuries as he was unconscious and provided with artificial breathing support.

This is not the first time a worker pays a heavy price for working for Elrawabi Trade and Investments Ltd. In May of 2017, a worker was severely injured on another of the company’s Beit Shemesh sites, part of Elrawabi’s “Green Avenue” project. Meaning that two workers have now sustained life-long, severe and debilitating injuries on the Elrawabi’s sites within a span of a little over a year. In addition, during September 2017, three safety orders were issued against Elrawabi’s “Gilo Slopes” site in Jerusalem, for a recurring safety violation – a crane the company was using was deemed unsafe and yet despite a safety inspector’s instruction to shut down use of the crane the work continued.
So you may ask – what happened after this week’s severe accident? Work on the site was shut down for 48 hours – and that’s it. What else happened?

That’s just it – nothing happened. There were no consequences to the company. Despite repeated safety violations by the same construction company, including those which resulted in severe bodily harm to its workers, no additional action was taken. Who has the power to change this, but has been maintaining their silence for over a year? The Contractors’ Registrar, which has the authority to issue but also to revoke the license of construction companies found to be negligent in their safety standards. Yet to date the Contractors’ Registrar has done nothing. The Registrar allows for the madness to go on, for families to keep losing their loved ones, without using its designated authority to ensure the safety of workers and the public at large.