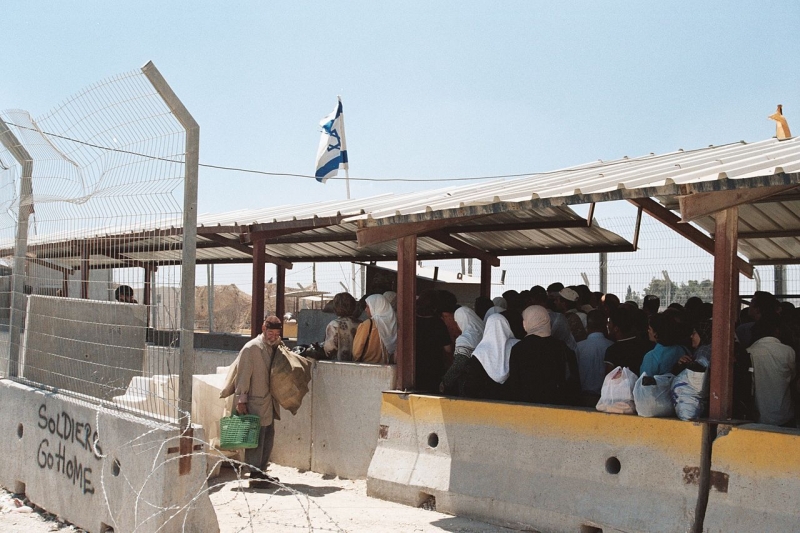 More and more Palestinian workers are paying illegal brokerage fees for work permits in Israel. This trend has become evident from the various cases reaching Kav LaOved (KLO). From the information collected, these brokerage fees amount to between 1500-3500 NIS a month per worker.

This month, for example, a worker came to Kav LaOved for assistance on an unrelated issue. He had been employed on a house renovation for a famous restaurant owner in Yafo, yet when the time came to pay the 3,500 NIS originally agreed upon, the employer refused to pay. The worker went to the police, which in turn sent him to Kav LaOved.

Only when we started handling the case did we realize that the worker’s work permit was actually for an employer in East Jerusalem. In order to work in Israel, Palestinian workers must get a work permit but that permit binds them to a specific employer, with the permit written in the employer’s name. A reality, which creates a black market in permits and the rise of brokerage fees.

And why? Because the employer, in this case from East Jerusalem, gets permits for workers, which he may not need, and then sells them to those employers who need workers but don’t have permits.

An in-depth conversation with the worker further illuminated the situation: the work permit was sold to him by a Palestinian middleman from a village near Nablus. Each month the employee pays a brokerage fee of NIS 2,600 for the work permit. And he is far from the only one. The same middleman issues work permits for another 200 workers, collecting between 2,000 to 3,000 NIS from each worker per month. Not a bad way to earn money on the back of the hard work of others. But the mediator is just one link in a chain of intermediaries who benefit off these workers. In fact, most of the money collected from these brokerage fees ends up in the hands of former Israeli security personnel, those who are more directly linked to the person issuing the permits.

The high rates of unemployment in the territories, the economic distress, and the great dependency on work permits from Israel, all combine to enable this oppression. Kav LaOved, which sees more and more of these cases every day, along with data from the Palestinian Authority, believe that the exploitative phenomena of brokerage fees is only growing and spreading. Palestinians need work and Israel needs the labor, and as more individuals apply for work permits, more and more are forced to pay brokerage fees of 1500-3500 NIS a month, a heavy price to pay simply for the right to work.