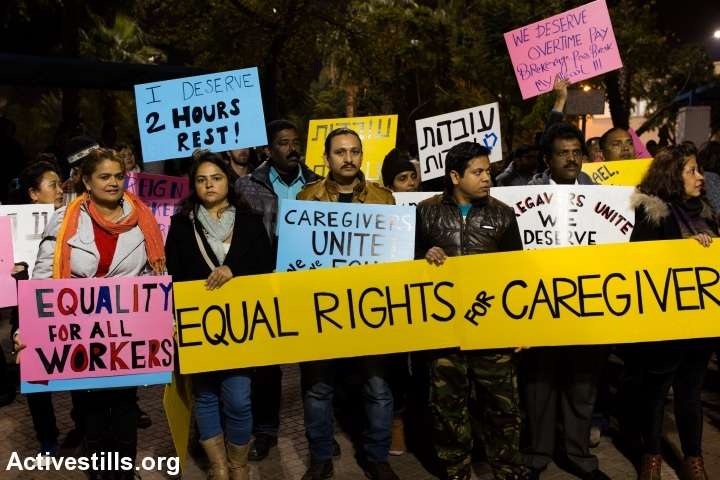 “As Haaretz reported five months ago, an extensive survey of foreign caregivers by Kav LaOved – Worker’s Hotline found that most were illegally charged large sums of money in placement fees. In 2015, the average fee was $10,700, up from about $6,000 a decade earlier – an increase of almost 80 percent. During that time, caregivers’ wages rose only 40 percent.

The workers almost always have to pay this fee upfront, in their own country, though they can sometimes pay part there and part upon arrival in Israel.

A year ago, the manpower agencies asked the High Court of Justice to order the state to let them start charging placement fees again. news In response, the Social Affairs Ministry decided to revive the law that lapsed in 2010, despite admitting that the absence of bilateral agreements makes it difficult to supervise the fees workers are actually charged.

Kav LaOved opposed the new law. The agencies already charge migrants “enormous sums for the right to obtain a work bking visa in Israel,” it said in a statement, and they shouldn’t be allowed to charge legal placement fees as long as they are collecting “thousands of dollars illegally without let or hindrance.””