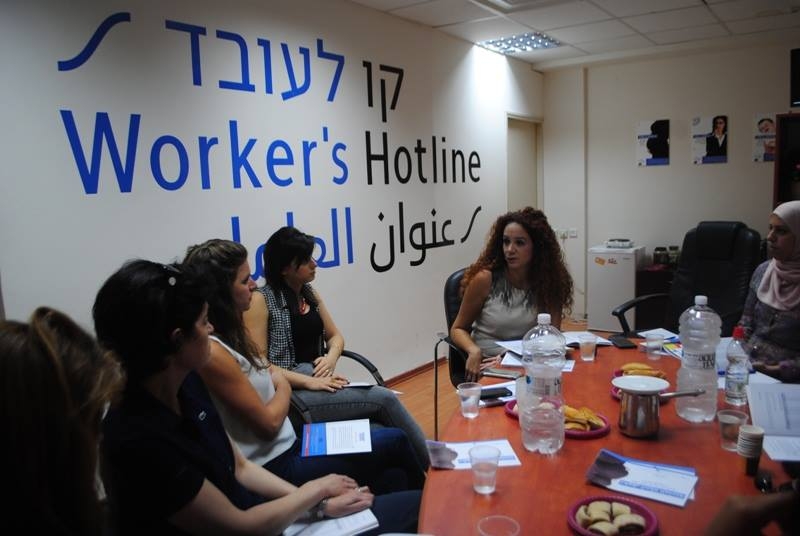 “I Need the Money, I Worked for It, It’s Mine” -Local Call Article

Last week during Kav LaOved’s reception hours, a woman came back who first came to us in 2011. Noa Kaufman, Kav LaOved’s refugee and asylum seekers sector coordinator noted, “She is my age and her son is the same age as my daughter”. She worked for a contractor that wouldn’t pay her salary or give her health insurance, so she was having to pay for medical care herself. We went to court and reached a compromise settlement with the employer, but unknown to us at the time, all the checks her employer would write to her as part of her settlement bounced. But she wouldn’t give up. She is a strong woman, and having made it here from Eritrea, she wouldn’t stop fighting for her rights there or here. For five years, she continued to fight the bureaucracy, reopening her case and continuing to follow up until she was finally informed that her employer had declared bankruptcy and she would not be able to receive the money from him only from Bituach Leumi (or Israel’s National Insurance Institute). So she came back to us asking again if we could help her. Yes we can and will. And in the process we are inspired by her strength and determination to keep fighting for her rights regardless of the obstacles.

Full article about Noa Kaufman’s work helping marginalized workers in Israel available in Hebrew on Local Call’s website, “I Need the Money, I Worked for It, It’s Mine”