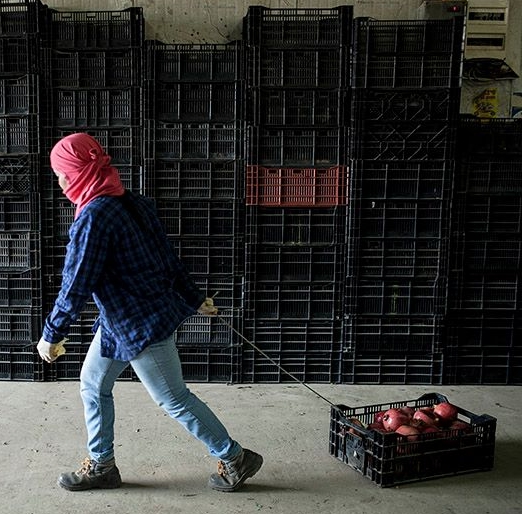 Approximately 24,600 migrant workers in Israel are employed in the agricultural sector. Although the majority of the workers arrive from Thailand, a small number come from Sri Lanka and Nepal. Each year Kav LaOved assists approximately 3,000 agricultural workers who are deprived of fair employment terms and conditions. Through face-to-face consultations, field outreach, a telephone hotline, informational materials, and our Facebook group (all in Thai), and Thai-speaking field workers, the organization informs thousands of agricultural workers of their employment rights, utilizing a “knowledge is power” approach to this workforce.

To our “Working Safely in Agriculture” project

Bilateral Agreement between Thailand and Israel: In 2006, Kav LaOved petitioned to Israel’s High Court of Justice to limit the amount of commissions paid by migrant workers to secure work in Israel. The Court decided that the State must provide an update regarding enforcement of regulations pertaining to recruitment agencies, and promote agreements with target sending countries. As a result of this petition, Israel and Thailand signed a bilateral agreement in 2009 aimed at setting a new recruitment arrangement in the agricultural sector, supervised by the International Organization for Migration (IOM). In the second half of 2012 the first Thai workers arrived under the framework of the new recruitment arrangement, without involvement of a private recruitment agency. You can read the agreement here.

Extension of Organization Period: According to the Ministry of Interior’s previous policy, migrant workers who had completed the maximum working period in Israel had to leave the country within 30 days of termination of their employment. In this short period, workers were not able to realistically organize and prepare for departure. Usually employers take advantage of this period by not paying the worker’s salary and upholding basic rights, knowing the worker will not have time to seek legal assistance and action in the period of 30 days. Kav LaOved, in coordination with the Immigration Authority and the Ministry of Interior, extended the organization period to 60 days, allowing workers to fulfill their rights vis-à-vis their employers.

Empowerment and Awareness: Kav LaOved aspires to empower workers through knowledge of their basic employment rights. The organization distributes “Zchutonim” (informational flyers about workers’ rights), encourages dialogue through its Facebook page and conducts field visits to reach out to workers in peripheral areas. Most importantly, Kav LaOved witnesses clear results when workers, who previously were unaware of their rights, proactively come to the office to request calculations of their severance pay, paid leave, convalescence pay or pension at the end of their employment period. In this way, the concept of “knowledge is power” is realized by workers who come to Kav LaOved.