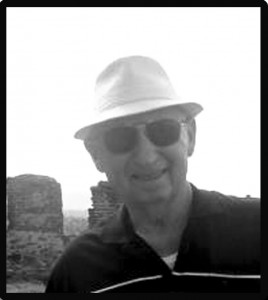 Jacob Lev retired after working for 32 years in educational management positions. He stopped working at the end of the 2001-2002 academic year. Shortly after his retirement, he was asked to volunteer for Kav LaOved, and help establish the Haifa office. He immediately agreed, and under the guidance of Anat Gonen, the branch was successfully established. As the Romanian and Russian spokesperson, Jacob mainly helped workers with translation in the Slavic languages – which initially included caregiving and construction workers. After the number of construction workers from Romania declined, Jacob undertook the responsibilty for caregivers from eastern Europe, and a quarter of workers in the caregiving industry came to the Haifa branch for his help. In his work, he reached out to both manpower agencies and migrant workers. Jacob volunteered three days a week for about six hours each day, and divided his time between day and night.

Thanks to Jacob’s hard work and persistence, the salaries (including pocket money) given to caregivers in the North has increased from ₪ 3,770.00 to ₪ 3,960.00, and workers are compensated for their weekends. The most beautiful part of Jacob’s accomplishments was that despite fighting like a lion for the rights of workers, he created amazing relationships with employers, and many of them even came to consult with him about their problems with manpower agencies.

Jacob was diagnosed with cancer seven years ago, but that did not stop him from volunteering. He came to work even after harsh treatments, and often times during his treatments as well; he remained dedicated to his work at Kav LaOved and the many people he helped. When we returned to the office after Passover break, Jacob informed us that he was not well but he would return to volunteering as soon as he felt better. At his request, we gave him a phone so that he could continue to provide counseling to Kav LaOved clients from his home. On the morning of June 19, 2013, Jacob passed away. His wife informed us that half an hour before he died, he had been on the phone with a worker, offering his help and advice.