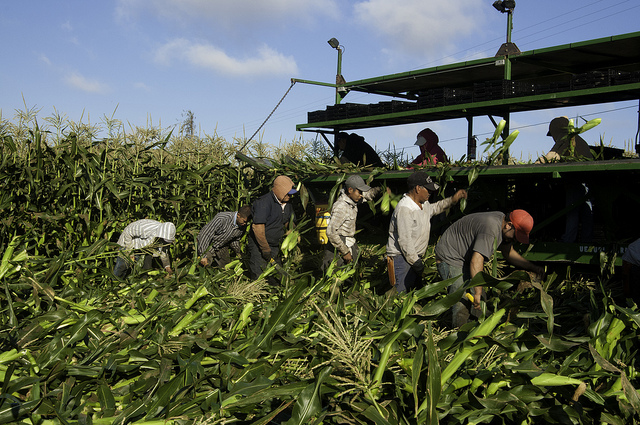 After a decade of evading responsibility, the Knesset Committee on Labor & Welfare takes step in ensuring the rights of migrant agricultural workers

Despite opposition from the farmers, the Knesset Committee of Labor and Social Affairs approved regulations that require employers to allocate deposit funds for agricultural migrant workers

After three years during which over ten (!) sessions of the committee on the topic were either delayed or canceled, last week on the 10th of July, the labor rights of migrant agricultural workers’ in Israel took a significant step towards becoming a reality!

The regulations that were approved require farmers to allocate 516 NIS per month for the migrant workers working on their fields for rights such as pension, severance etc. This makes agricultural workers the third group of migrant workers, following construction workers and migrant caregivers, that are legally entitled to monthly allocations of their hard earned labor rights and social benefits into designated accounts.

This achievement benefits the workers, the state and the farmers. The workers are able to actually attain the rights and benefits they earned, the state of Israel will make sure that workers leave when their visas expires (as each savings account is only redeemable when exiting the country ), and the farmers will be subject to a manageable payment structure (as opposed to the current accepted practice of waiting until the end of a 5+ year visa of an employee and then having to pay tens of thousands of shekels all at once for the rights their worker has accumulated during their entire time in Israel or having to go to court.) To date, employers often wait till the last minute to pay their employees, often hoping (cynically) that if they put off paying until the very end, and then force the worker into a lengthy legal battle, the worker will have to return to Thailand before they are able to attain their full legally earned wages and benefits).

The government had already ruled on and accepted this regulation back in 2009, but it was never put into practice. Now, the chairman of the committee, MK Eli Elalouf, has declared that the state will insist on following the letter of the law in the agriculture sector just as it has in other sectors. The Committee approved these deposit fund allocation regulations (at the lower rate to construction workers, and is committed to a good relationship with Thailand – which is concerned about the ongoing discrimination its citizens face while employed in Israel.

The Ministry of Labor’s representative in the Knesset committee stated that her ministry requested to increase the rate of the deposit and approve these regulations months ago – only to be stopped by the farmers – and has a list of 67 cases in which agricultural workers’ who earned their social benefits were unable to reclaim them from the employer in 2017. She also declared that these regulations are the only solution, and the only way to enforce the law.

The farmers claimed that these regulations will cause the agricultural sector to crash, and threatened a rise in produce prices.

Kav LaOved would like to highlight that a higher allocation of social benefits set aside for migrant construction workers has been in place since 2005, and ever since, the number of lawsuits filed in courts due to violations of social benefits (such as pension) in the construction sector has dropped by 95%. By instituting this practice in the construction sector the state ensured that the labor rights of the workers were protected and that the burden on the courts was relieved.